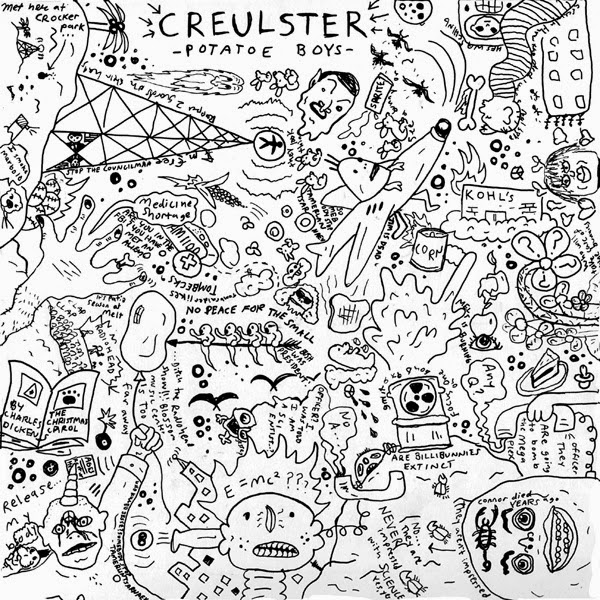 The abbreviation LP is for the term ‘”long player” which is used to describe a twelve inch record or a “full length” release from a recording artist. Usually an LP is a chance for a band to give the listener an hour or so of their musical vision but you don’t have to worry about all that shit with Cleveland oddities Cruelster: their first LP is a seven inch disguised as a twelve; clocking in at eleven minutes, it is about the same length as a Rush song.

“Boys in the Biggest City” is Cleveland hardcore at it’s most obnoxious, shitty and all around ugliest self. Reminiscent of all the great late nineties stuff that came out of the city, Cruelster is a monster of thrashy angst and masters of pointless noise. There is nothing considerably great about Potatoe Boys but it’s an insanely fun couple of minutes.

“Lipid” meshes the chaotic joy of the Darvocets with the smart destructive nature of the Homostupids while “I’m Too Small” nears the pained, suburban anger of eighties Cleveland legends the Dark. It’s hard to say if Potatoe Boys needs a few more tunes or its perfect in its gruff and fleeting existence. While not original, the genre has seen it all done before, sometimes a band like Cruelster makes the old seem new and twice as much fun the second (or third) time around.
Posted by Dead Town Cleveland at 10:55 AM